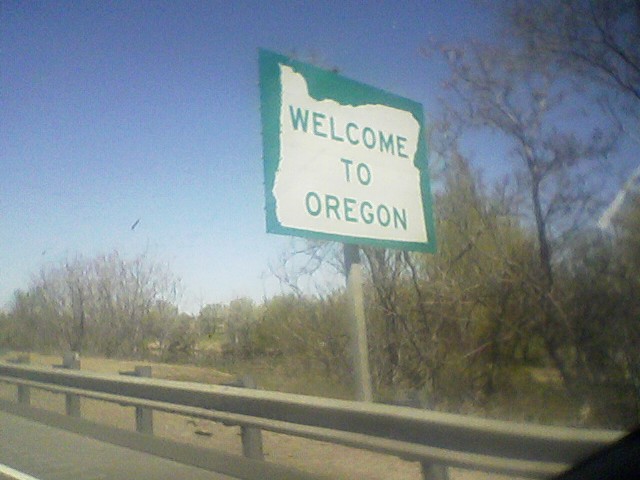 A year ago this week, I moved to Portland, Oregon. It has been the hardest and best year of my life.

I’ve been extremely reflective all week thinking about everything that has happened in such a short amount of time. I’ve also thought a lot about the future. What will another year bring? In a lot of ways I’m still waiting for the dust to settle since I first arrived. I moved here fast, and everything after that just kept getting faster.

I started out with a roommate I found on Craigslist. While I knew I’d be getting involved with Mars Hill Church and was still planning to attend Western Seminary at the time, he was my first real contact in Portland. For two months I got a crash coarse in Portland culture. Lets just say I made a lot of curry for folks who had the munchies. It was an incredible learning experience. In the meantime I got a job at Starbucks the second week I was here, got plugged in to the church which shortly turned in to an internship, decided against school for time’s sake, and moved twice.

The job is a floating schedule, and high volume sales due to having both a lobby and a drive thru. So, massive moving spurts of immense latte making. It can be fun and stressful, and is usually both.

The church has been one of the craziest and greatest things I’ve been apart of, where lots of people meet and get close to Jesus, near death experiences aren’t far off, and where I’ve been personally challenged to weigh the value of traditional theological education versus actual fruitfulness in God’s Kingdom… still working out the details but it’s looking pretty lopsided…

Two months in, a couple I knew from my years in Ohio offered me a spare room in a city on the southern boarder of Portland called Happy Valley. We had lost track of each other, but they found me on Facebook and one thing lead to another. It was nice to get around familiar faces, have some fellowship, and make curry for folks who weren’t having out of body experiences. Their hospitality is probably one of the main reasons my budget isn’t in the trash right now. However, by New Year’s, living on the far southeast side, working on the far northeast side, having a community group on the west side, and going to church in the middle was starting to make my brain go in the trash. One of my pastors and his wife who live more centrally offered me a room, and that’s where I’ve been since then. Since I’m his intern, it saves a good bit of time actually, and they basically get curry whenever they want it, and sometimes even when they don’t.

Honestly it’s been a character furnace. For years I’ve focused on theological clarity, being able to articulate doctrine as well as I could. This season has been about personal clarity, articulating my sin, repenting well and often. I got pretty good at defining the Gospel, as good as 7 years of theological education can buy. Somewhere in there I got not so good at experiencing it. When I can’t articulate my sin, I don’t really know what that Gospel is good for, so I don’t really know it. Thankfully God’s grasp on me is always better than my grasp on Him.

So what’s up for this year… well, hopefully a slower pace. At this point a slower pace will still break the sound barrier, but at least not be light speed. I hope to nail down a specific direction to my life. I was aimed hard in one direction for a long time, and moving away from that has made things far more open then I like. Many have told me recently how great it is to have my options open. I don’t want them open, I need one option so I can start saying no more. I’d like to see my life head in the direction of starting a family, which strangely enough starts with a wife. My prayers are there, but we’ll see if the rest of my life gets there or not. In the end, whether any or all of these things happen, if people keep meeting Jesus, and I still get to know Him better, I’ll run around this town until I die with a smile on my face, or at least a smirk.

One thought on “Year”